The AVM FRITZ!DECT 200 smart plug features two built-in green LEDs. One is used to indicate wireless connectivity, thus the LED is always on. Given that it’s bright enough to keep me from falling asleep, I could not use the smart plug in the bedroom until I reduced its brightness. 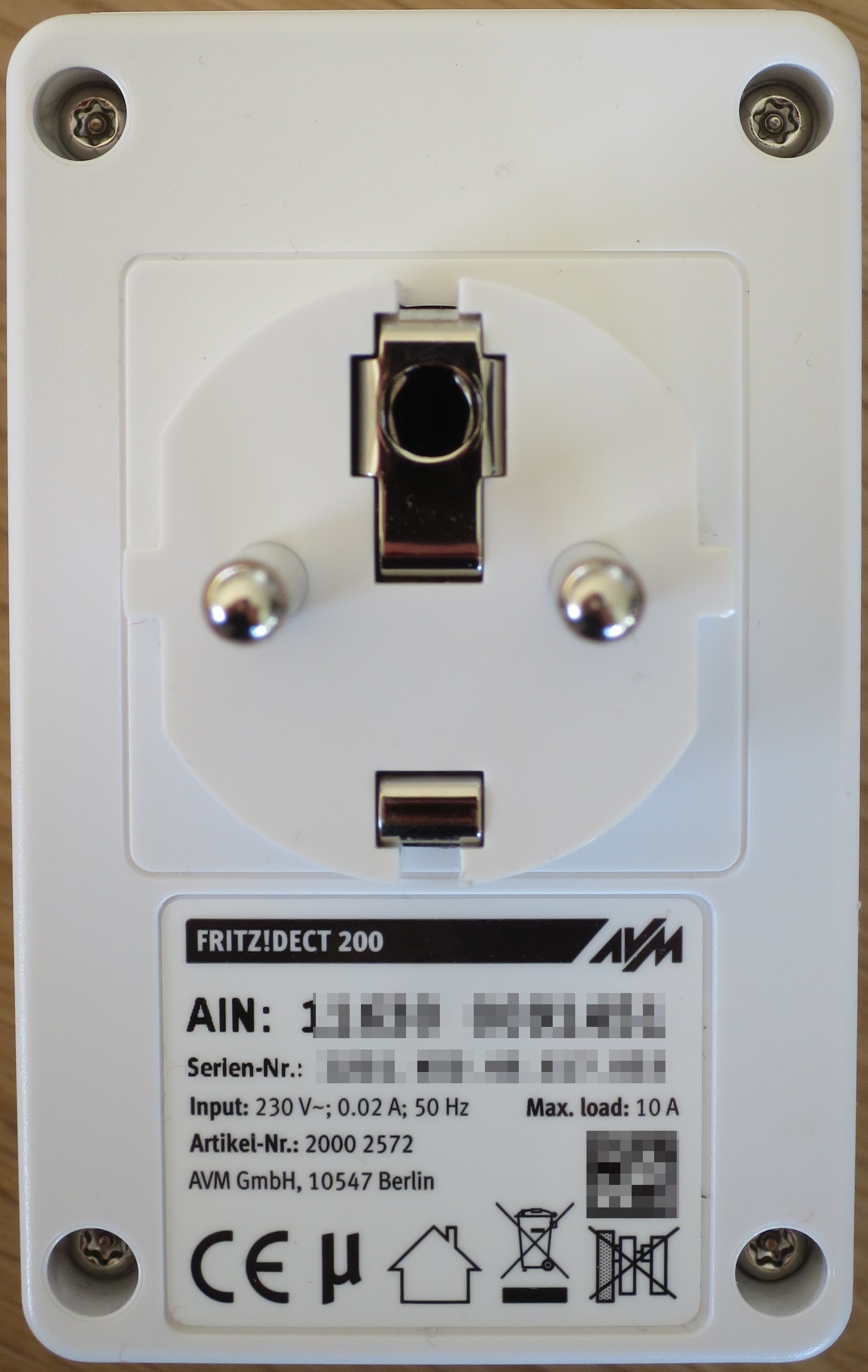 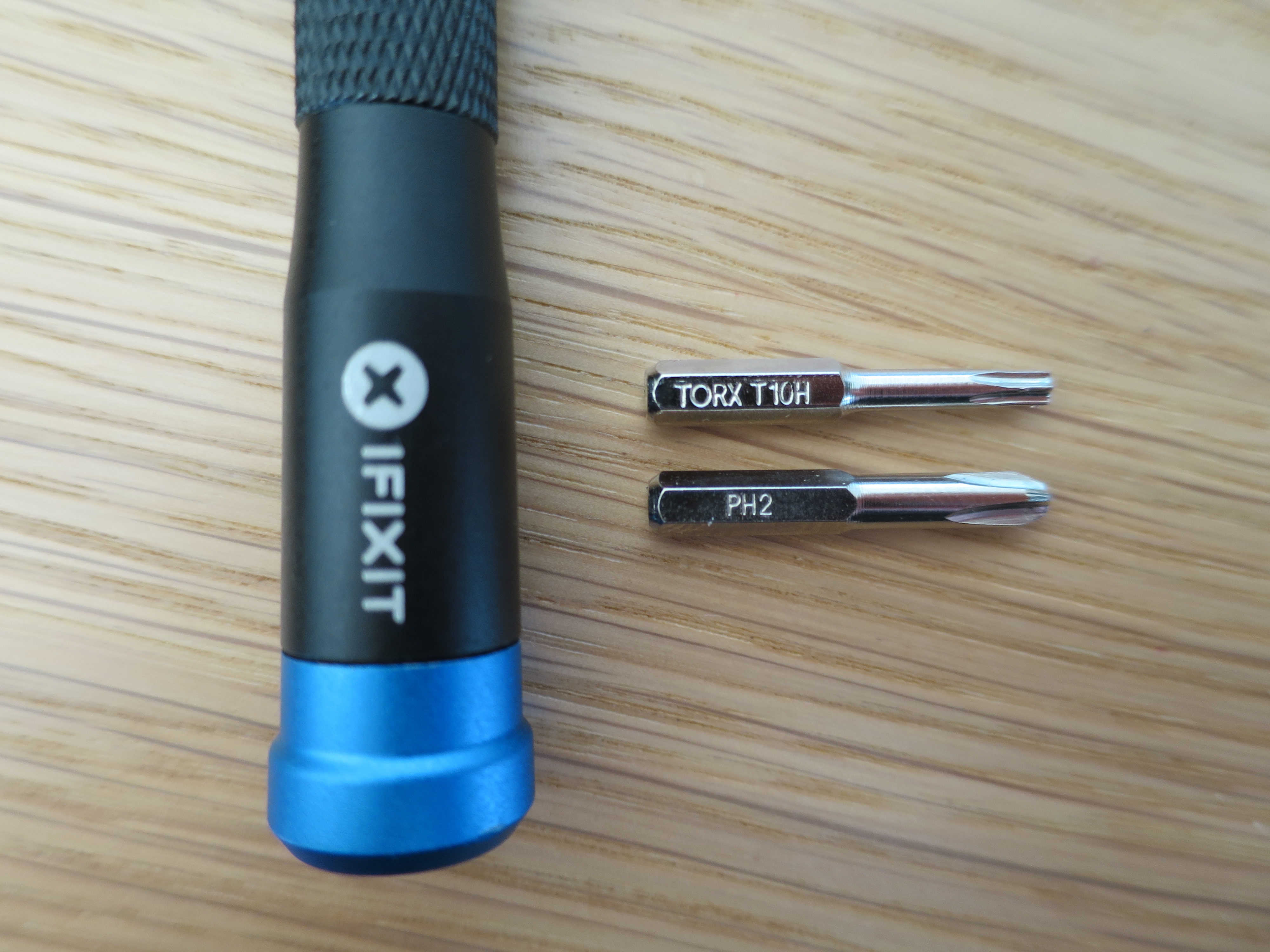 The case is held together by four tamper-resistant Torx TX10 screws. A driving bit is part of the iFixit driver kit. You may need to use a little force to remove the screws.

On the inside, you’ll find two stacked printed circuit boards (PCBs). You’ll only need to make modifications to the PCB in the top part of the case, i.e., the part with the LEDs and buttons, so put the bottom part (with the big orange relay) aside. Do NOT plug it in. In the upper part, use the PH2 screwdriver to remove the three Philips screws. 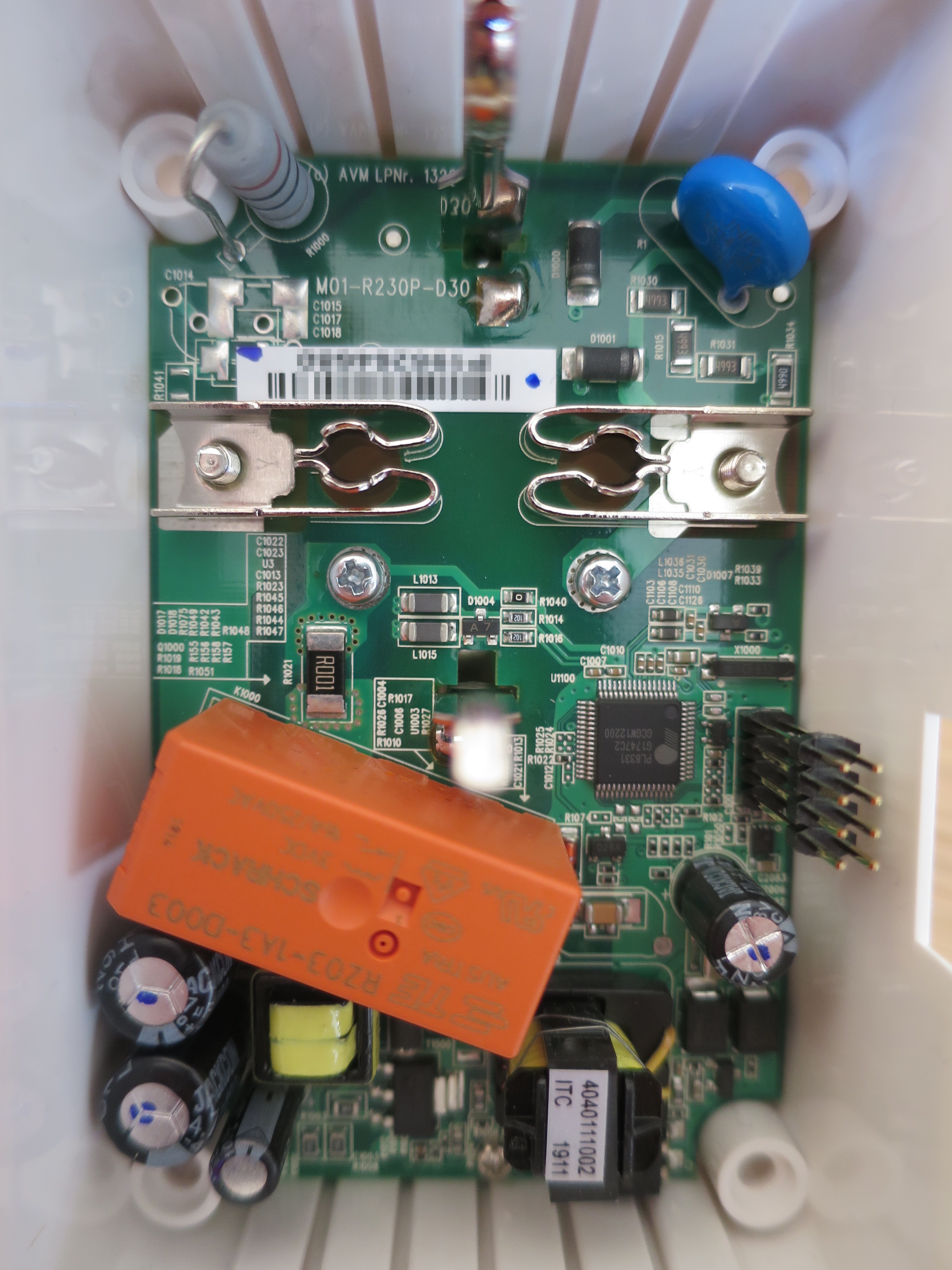 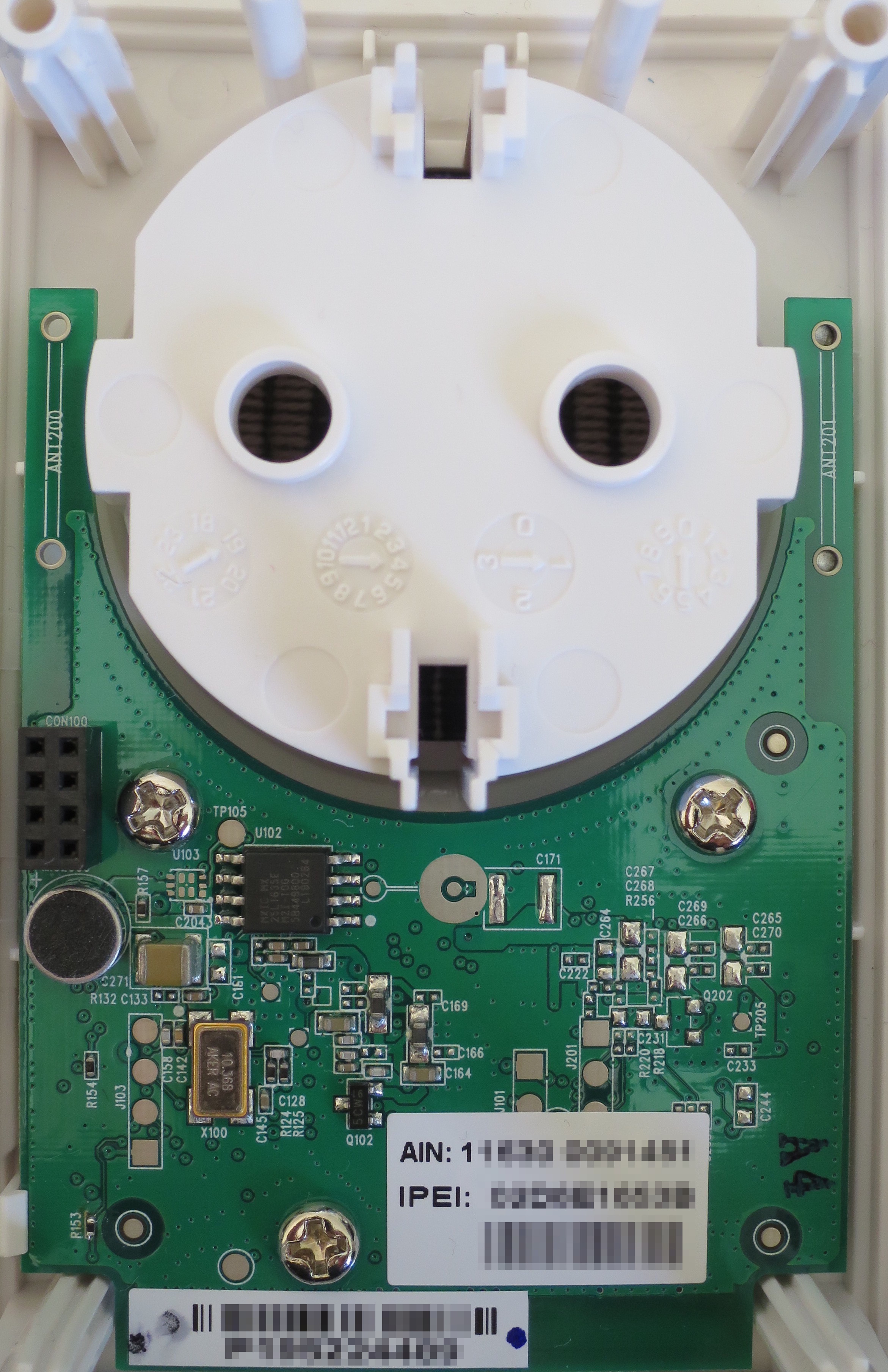 Take the upper PCB out of the case. The resistor is in the bottom left corner and labeled R153 for the “DECT” connectivity LED (R154 is for the “On/Off” LED). Luckily, there are no other parts around that would obstruct access with the soldering iron. Unfortunately, the resistor is a size 0402 component (1.0mm x 0.5mm), so you’ll need a very fine soldering iron tip, a steady hand, and a good deal of soldering experience.

Carefully unsolder R153, use some solder wick to remove residual solder, and clean the PCB with some isopropyl alcohol. If you’re experienced enough, solder in a replacement resistor, otherwise just leave it out (of course the LED will not light up then). I used a 22k resistor to reduce the brightness of the LED.

Also, I changed out the LED (the component with the transparent top, located directly to the left of the button) to a more soothing blue color 0805 LED. The cathode (marked with green dots) must be oriented towards the bottom edge of the board. This step was a little more tricky due to the other parts nearby, but was at least facilitated by the larger size of the component. 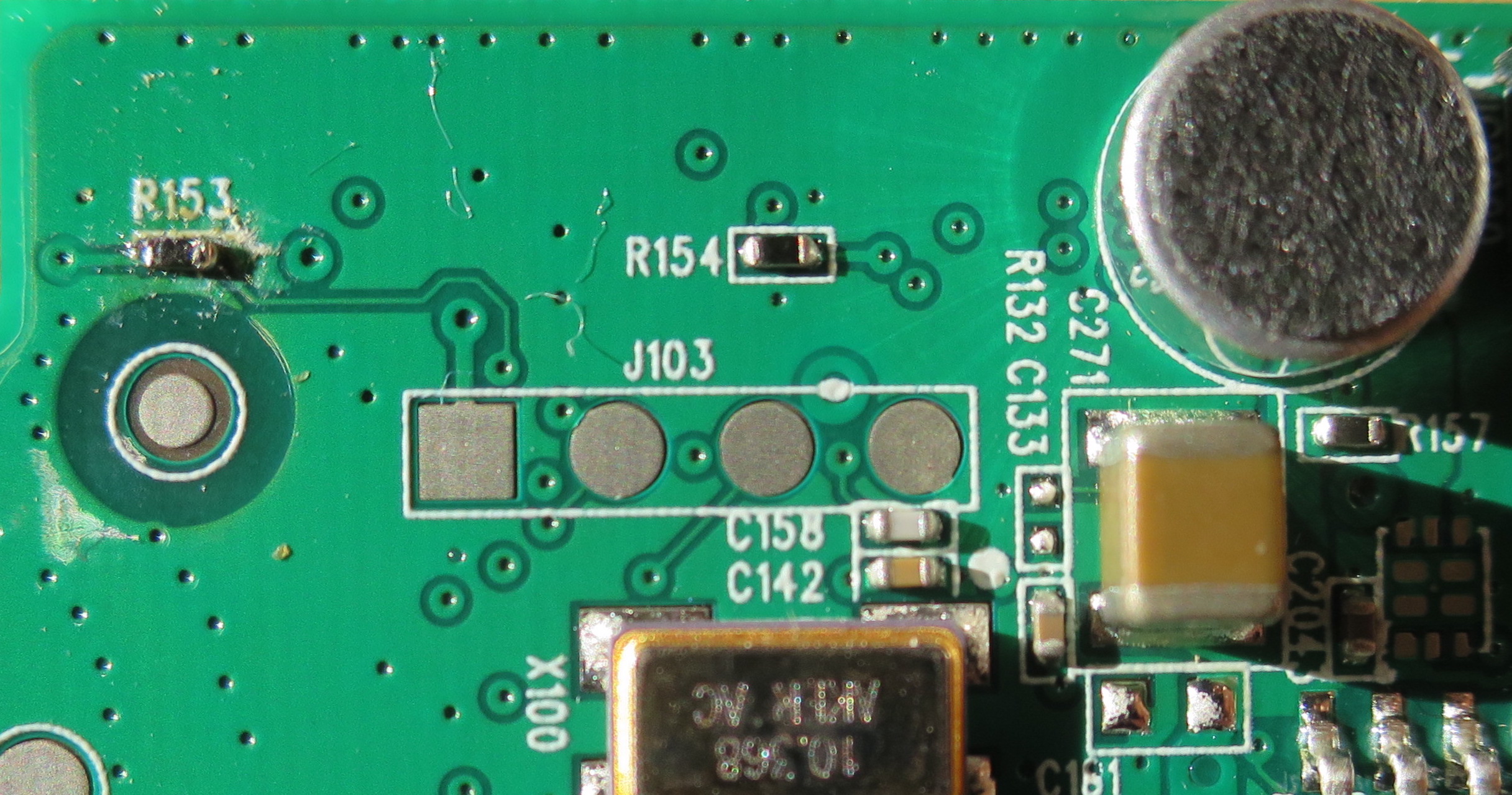 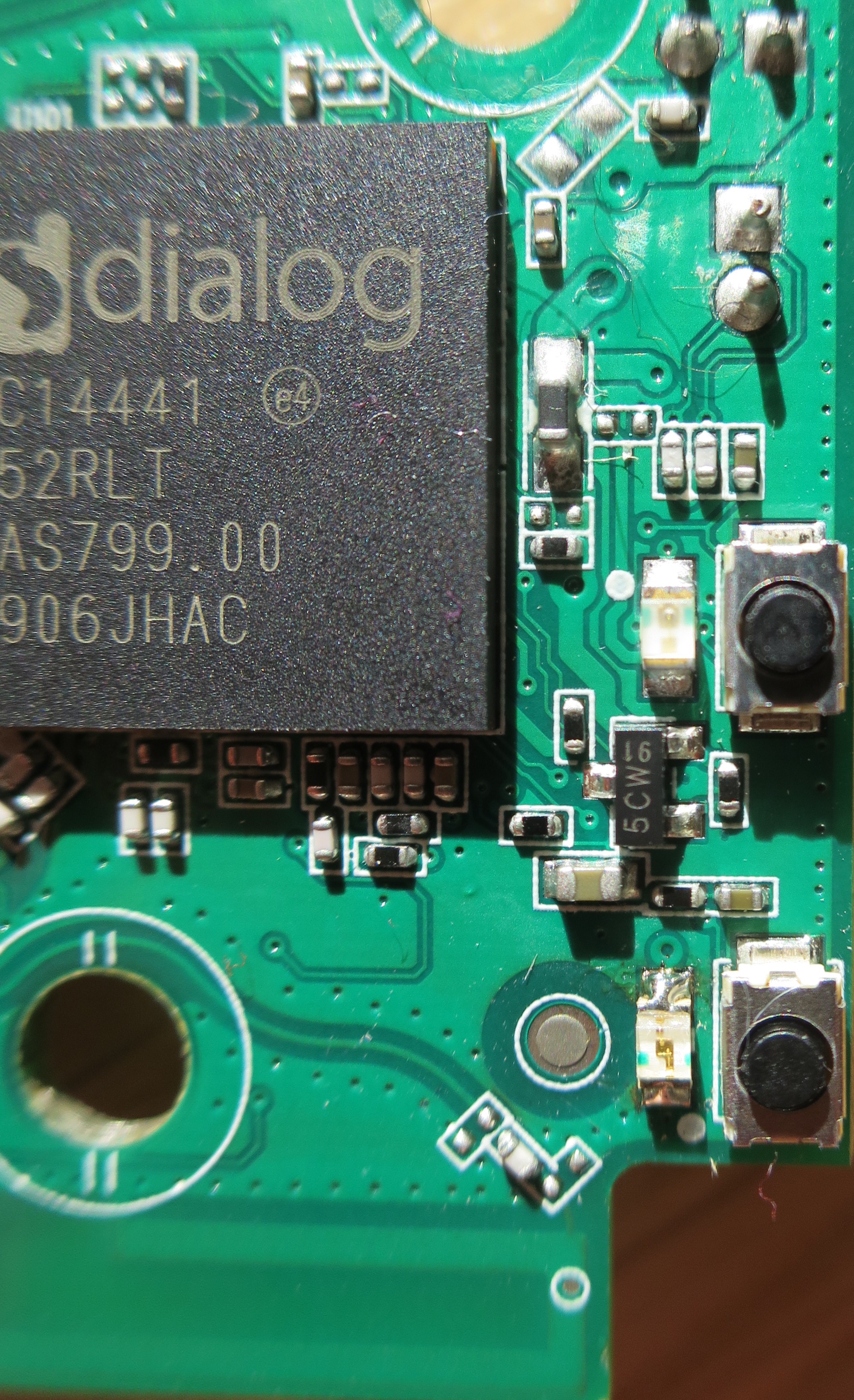 Once all parts have been swapped out, screw the modified PCB back into the front case using at least one screw, and stick the two case halves together. Do NOT operate it without the case on. Insert the plug into a wall outlet and check that the LED is flashing while the device connects to the network. In case the LED does not come on, there is likely a cold solder joint at one of the resistor’s terminals. Rework it with some more solder and try again until it works. 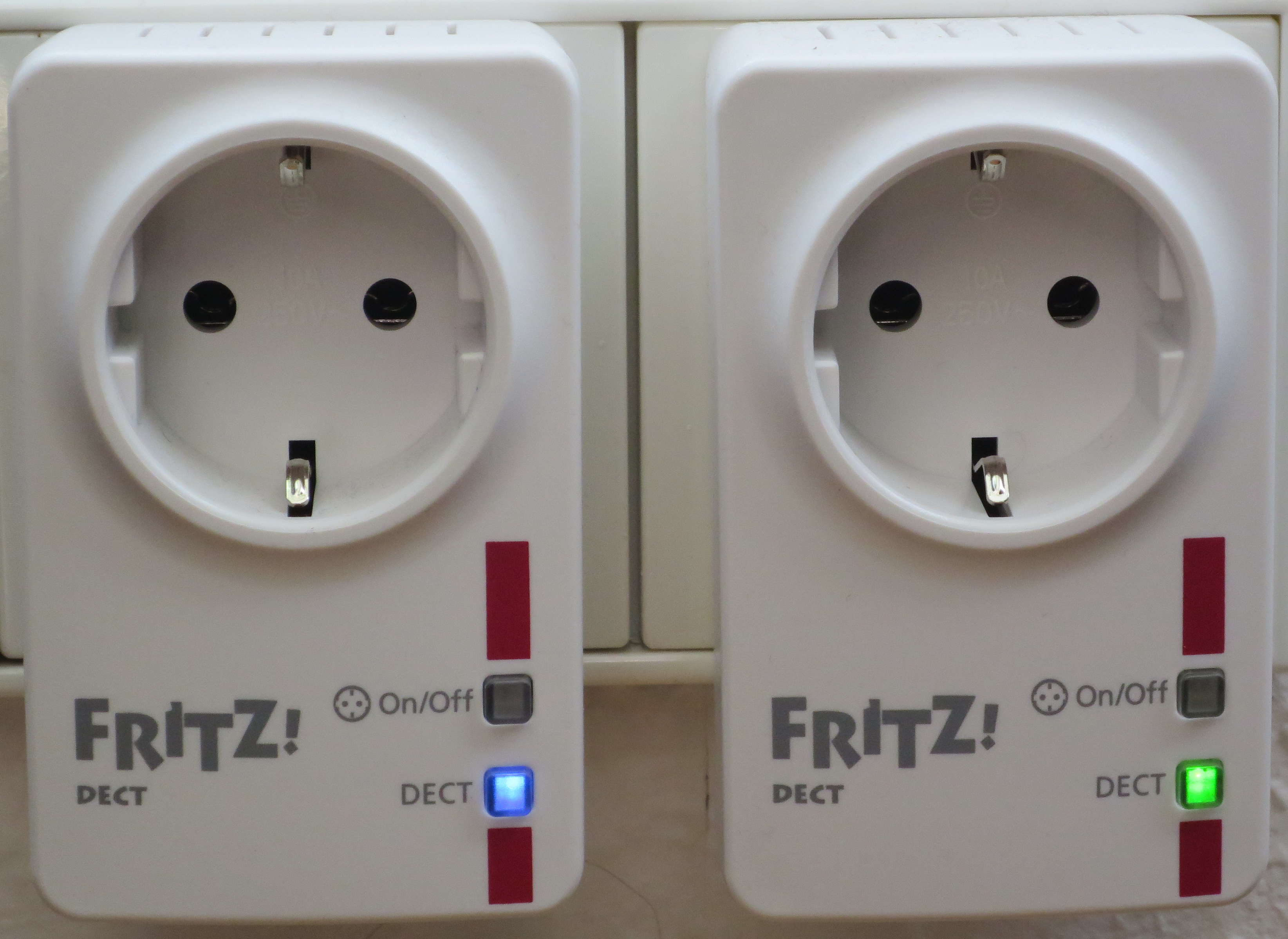 As I found the 3.3k resistor was still too bright, I’ve since changed it to 22k. The blue LED is now barely visible when turned on, but it' still bright enough for me to check that the smart plug is connected to the DECT network.